Well done to the Dundalk Amateur Radio Society, EI7DAR, who have announced that EI7DKD is now operational again on DMR in stand alone mode (not connected to an ISP) and is also dual mode so analogue FM can be used on the same frequency. 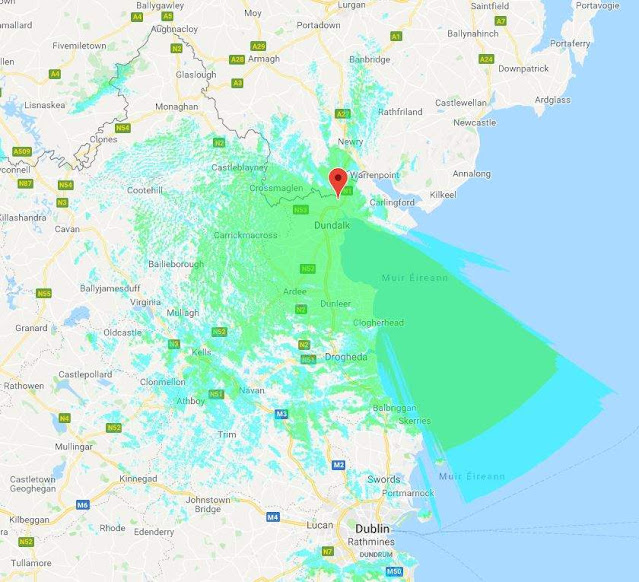 Dom EI5IAB operating portable, by bike, field tested repeater coverage from areas around Skerries using an  Anytone 878UV HT with an outpower power of 5 Watts using the stock Rubber Duckie antenna,  The average line of sight was a distance of about distance 55km.  Dom was able to confirm great coverage and audio quality reception reports during QSOs with other club members and from reception reports via the club's WhatsApp chat group from our SWL Members. Dom covered the general area covered was around Skerries, Rush and The Naul.

The East Leinster Amateur Radio Club, EI0EL, we greatly appreciate the work that the Dundalk Amateur Radio Society, EI7DAR, and indeed others, put into operating local and networked repeaters which enhance the enjoyment of the hobby for all.