One of the core principles on which the club was founded was to have fun while operating portable. Members are routinely calling in from portable stations to the Sunday afternoon 2 Meter and 80 Meter  IRTS News stations. Weather permitting this is completed with out fail on a weekly basis even in the winter.

Over the past few months experiments were carried out between club members and other amateur's on the 4 Meter  band using a combination of repurposed PMR mobile rigs and 4 Meter band amateur mobile rigs to see what kind of coverage and how good the audio sounded from various locations around the county. We were excited to find that QSO's could be had, without difficulty, between Skerries, Kildare, Meath and Carlow.

Announcements and publicity for our reading of the IRTS News were made in the weeks leading up to it. These included articles in, IRTS Weekly News, Echo Ireland, EI News, Southgate Amateur Radio News and exposure from the team at The ICQ Podcast. Thanks to all for your support in publishing this.

Shortly after these were published we became aware that the frequency 70.350 is actively used by a neighbouring club. We contacted the Dundalk Amateur Radio Society, EI7DAR, to advise them of this and to come up with a temporary solution. We would like to thank the Dundalk Amateur Radio Society for facilitating our 4 Meter News read on 70.350MHz by disabling their Internet Gateway E I 4 F M G for the duration of this broadcast. This Internet Gateway is located at Fieldstown Co Louth, operating on 70.350MHz with a CTCSS access tone of 88.5Hz

Early Sunday morning club members assembled on a hill outside Skerries to get setup for reading the IRTS Weekly news on the 4 Meter band, 70.350Mhz. 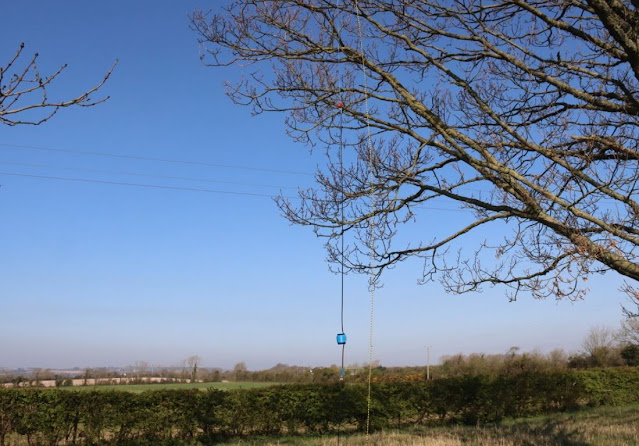 The first step was to get the antenna hoisted up as high as we could in a nearby tree. When fully hoisted up the top of the antenna is about 14 Meters above ground.
This same tree is regularly used to support one leg of a homebrew 80 meter dipole. Having the heaving line already in place allowed us to make short work of getting this up. 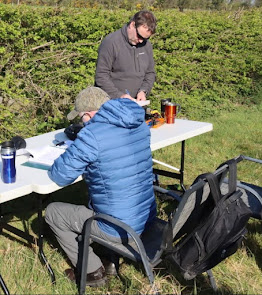 For a change we decided to make ourselves that bit more comfortable than our usual Sunday operations by setting up a table and some chairs and by firing up the stove and preparing some coffee.

Weather that morning was good. A very light breeze, clear blue sky and temperature in the single digits.

Shortly after 10am we were ready and tuned the radio to 70.350Mhz. We heard a QSO taking place and joined in during a break. We were excited to hear the those talking were waiting for our 4 Meter news read. Signal reports were exchanged thereby confirming that our setup was indeed working.

Just enough time for another coffee.

"CQ  CQ  CQ Calling all radio amateurs and Shortwave listeners. This is the East Leinster Amateur Radio Cub, Callsign E I 0 E L / Portable. Amateur Operator here is Frank E I 8 H I B / Portable. Now transmitting as E I 0 I R T S / Portable, reading the inaugural 4 Metre broadcast of the IRTS amateur radio news from Ireland and around the world."

I guess you could say that our first reading of the IRTS News on the 4 Meter band was a great success. We had a lot more call in's then expected. 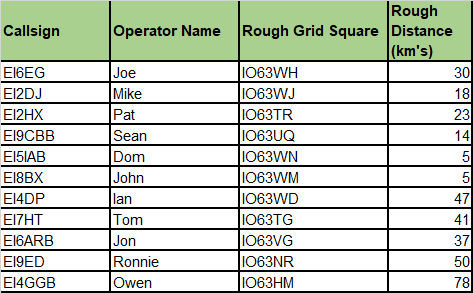 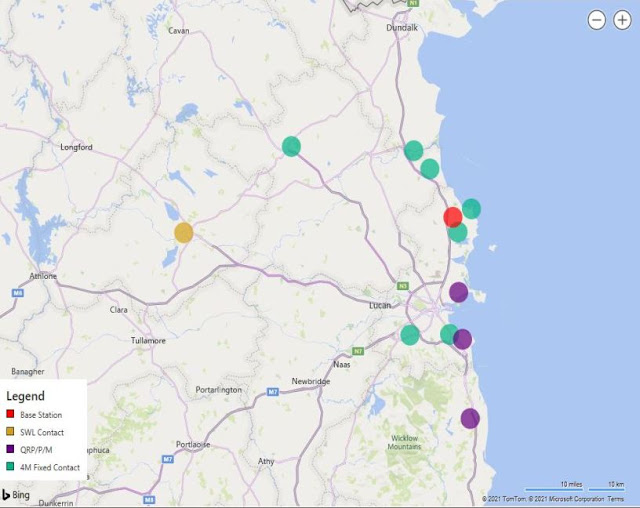 Thanks to all of these that called in and contacted us afterwards via email and phone calls offering your support. We look forward to talking to you and hearing from you next month.